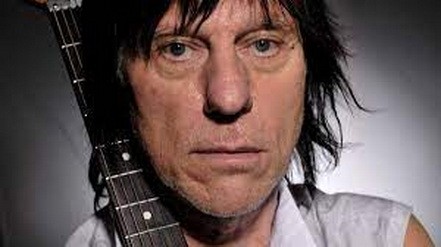 Geoffrey Arnold Beck (born 24 June 1944) is an English rock guitarist. He rose to prominence with the Yardbirds and after fronted the Jeff Beck Group and Beck, Bogert & Appice. In 1975, he switched to a mainly instrumental style, with a focus on innovative sound, and his releases have spanned genres ranging from blues rock, hard rock, jazz fusion and a blend of guitar-rock and electronica.

Beck ranked in the top five of Rolling Stone and other magazine’s list of 100 greatest guitarists. He is often called a “guitarist’s guitarist”. Rolling Stone describes him as “one of the most influential lead guitarists in rock”. Although he recorded two hit albums (in 1975 and 1976) as a solo act, Beck has not established or maintained the sustained commercial success of many of his contemporaries and bandmates. He has recorded with many artists.

Beck has earned wide critical praise and received the Grammy Award for Best Rock Instrumental Performance six times and Best Pop Instrumental Performance once. In 2014 he received the British Academy’s Ivor Novello Award for Outstanding Contribution to British Music. Beck has been inducted into the Rock and Roll Hall of Fame twice: as a member of the Yardbirds (1992) and as a solo artist (2009).